Colonel Bizzell is a native of Long Beach, California.  He received his Bachelor of Science degree in Zoology (Pre-Med Minor) in 1977 and was commissioned a Second Lieutenant in the Marine Corps Reserve.

After officer and flight training, Colonel Bizzell flew the F-4 Phantom for over 7 years while assigned to four different squadrons at El Toro and later at Marine Corps Air Station Kaneohe Bay, Hawaii.  During this time he accumulated over 2500 flight hours in the F-4 Phantom, attended numerous tactical aviation schools to include the Weapons and Tactics Instructor Course and Top Gun. He was deployed overseas three times.  Colonel Bizzell was again sent to Quantico, Virginia in 1985 to attend Amphibious Warfare School.  He was then assigned to Headquarters, U.S. Marine Corps in Washington, D.C. for two years and was promoted to Major.  After his “desk” tour Colonel Bizzell reported back to flight duty and began flying the FA-18 Hornet.  During his Hornet flying tours he was deployed to Sheik Isa Airbase, Bahrain as part of Desert Shield and Desert Storm combat operations then deployed to Japan for another 6 months.  It was while deployed to Japan that then Major Bizzell was informed that he was selected by the Marine Corps Aviation Association as the 1994 Marine Corps Aviator of the Year.

Colonel Bizzell was later deployed for one year to the Second Marine Expeditionary Force in Okinawa, Japan, as the Air Officer, and it was there that he was promoted to Lieutenant Colonel.  Upon his return to 3d Marine Aircraft Wing, he was selected for command of his own fighter-attack squadrons.  While in command of his second squadron, he was promoted to Colonel and had accumulated over 1500 flight hours in the FA-18.  He then attended the Naval War College at Newport, Rhode Island, where he received a Masters Degree in Strategic Studies.   After the Naval War College, Colonel Bizzell was assigned to numerous commands and staff positions in Norfolk, Virginia.  Colonel Bizzell was yet again deployed to a combat area overseas; this time to Bosnia-Herzegovina as part of the combined stabilization forces assigned there.  After redeploying from Bosnia-Herzegovina he was assigned as the Chief of Staff for Marine Forces Atlantic Headquarters.  He remained in this position until his retirement in July, 2006.

Upon his retirement from the Marine Corps, Colonel Bizzell became Commandant of Cadets at St. Catherine’s Academy. He continues his legacy of service to his community and to his country by teaching and instilling within our young men the meaning of honor, discipline, respect and leadership.

Captain Angel Ramos was born in Santa Fe De Bogota, Colombia and migrated to the US at the age of five.  He grew up in Anaheim, California, where he graduated from Katella High School in 1997 and earned Cadet of the Year in the JROTC program.  He entered the US Army in 1997 and pursued a career in Business Administration through Central Texas University.

Captain Ramos left the service in 2005 and is currently serving as the Day Deputy Commandant of St. Catherine’s Academy.   He believes in helping boys grow to become well-disciplined, honorable, and respectful young men.  He volunteers countless hours to help at risk-teens on his off duty hours, currently serving as a mentor through the Grizzly Youth Academy Program at Camp San Luis Obispo.  He is a certified High Ropes and Confidence Course instructor and helped establish the Leadership Camp program at St. Catherine’s Academy.

Staff Sergeant May graduated high school in Colorado in 1994 and entered the Marine Corps that same year.  He spent four years in the Infantry, serving in California and Japan.  He was discharged in 1998 and began working at St. Catherine’s the following year as a coach and drill instructor.  He immediately became attached to the unique program and spirit of the cadets and returned the following year as the evening deputy commandant.

Staff Sergeant May has a Bachelor of Science degree in psychology and enjoys martial arts and classic movies.  Of St. Catherine’s he says, “I feel like I’ve returned home.  This is a very special place and I feel fortunate to be a part of it.” 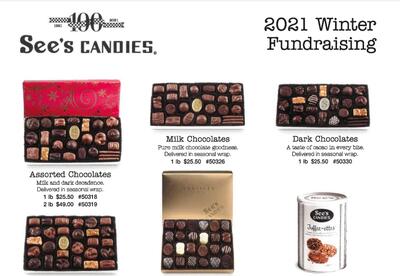 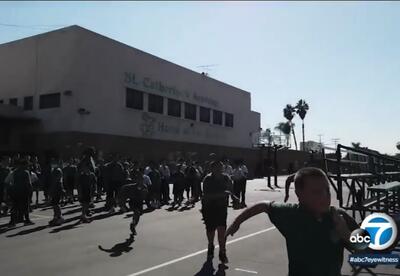 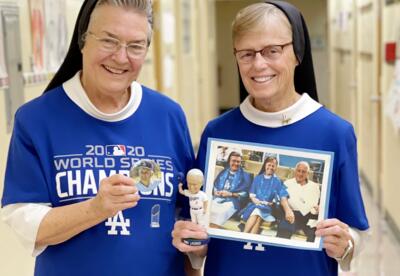